RealMe x3 has already become one of the smartphones for smartphone lovers by introducing many similar smartphones. 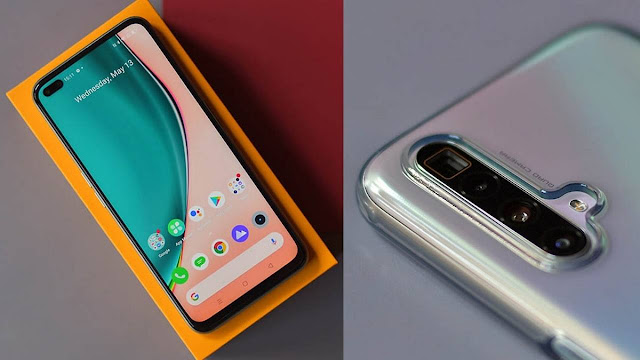 China’s popular smartphone company, RealMe, has launched a platform to launch its RealMe x3 Super Zoom. The features of this smartphone have been revealed online and according to the online leak information.

RealMe x3 Processor:
The RealMe x3 smartphone will be equipped with Qualcomm Snapdragon 855+ SoC processor and will run on Android 10 support. The smartphone comes with 12GB of RAM and 256GB of internal storage capacity. There is no information on whether it is possible to extend the storage capacity through the memory card.
RealMe x3 Camera:
The RealMe X3 Super Zoom smartphone has a quad rear camera setup. The main camera features a 64-megapixel sensor, a second camera with an 8-megapixel sensor, and a 119-degree field of view, while the third camera has an 8-megapixel sensor with 5x optical zoom and 60x digital zoom. And the fourth camera has a 2-megapixel microlens. It is also expected to offer a 32-megapixel sensor capable selfie camera.
RealMe x3 Display:
The RealMe x3 Super Zoom smartphone has a 6.6-inch display with a refresh rate of 120 Hz. The display has a punch hole design and is said to have a waterdrop notch style. It is also expected to have a full HD + LCD display design.
RealMe x3 Battery Backup:
The RealMe x3 smartphone is powered by a 4,200mAh battery pack and is capable of supporting 30W of dart flash charge. Connectivity options include hotspot, WiFi, Bluetooth, and a 3.5mm headphone jack. It is also said to have a side-mounted fingerprint scanner. The RealMe x3 is now available in two colors – Glacier Blue and Arctic White.